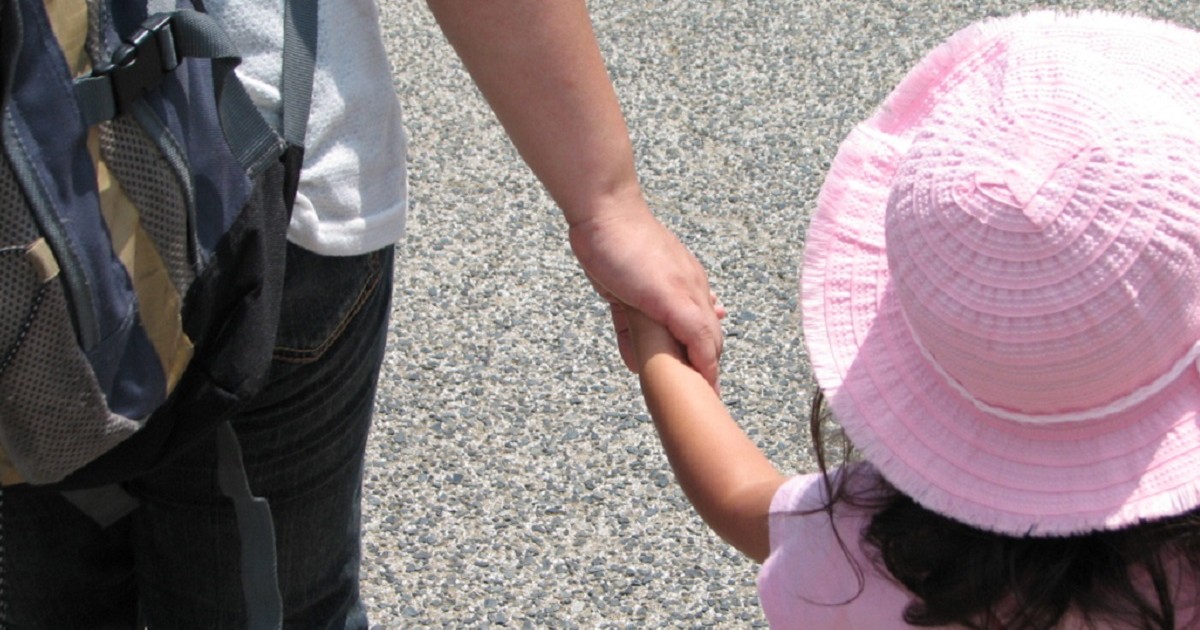 Hakone is a special town surrounded by mountains and the weather and temperature here is different from in cities like Tokyo. You’ll be mistaken if you think that you can decide what to wear after looking at the weather in Tokyo. Also, there are tons of interesting events every month in Hakone.
This time, we’ll introduce to you Hakone’s weather, as well as the recommended spots and events held every month!

The average lowest temperature is 2.2°C, the average highest 9.4°C. Snow might pile up, so do prepare a thick coat, scarf and gloves to protect yourself from the cold. It rains often in Japan, at least once every 3-4 days so do prepare rainwear as well.
We recommend catching the first sunrise at the peak of Komagatake ( one of the mountains in Hakone) if you’re planning on welcoming the new year in Hakone. You’ll be able to see the various mountains in Hakone, and even Mt Fuji if you’re lucky. Speaking of New Year’s Day, we definitely can’t forget Hatsumode, the first visit to the shrine of the year. There is a tradition in Japan to visit a shrine on New Year’s Day to pray for a year of health and good luck. There are many shrines in Hakone, such as Hakone Shrine and Kuzuryu Shrine, so how about praying to Japan’s Gods for a good year ahead? Also, in the Tokyo-Hakone Round-trip College Ekiden Race held on the 2nd and 3rd January, college athletes race through the roads of Hakone in a gruelling marathon. Furthermore, do catch the Shinto priest skiing on Lake Ashi while performing an exorcism ritual on the 5th.

The average lowest temperature is 2.5°C, the average highest 8.5°C. February is the coldest month in the year. You’ll definitely need a thick coat, scarf and gloves. However, going to a hot spring in the cold winter is the best!
The highlight of February would be the Setsubun Festival. On the night of the 2nd, a “Winter scenery fireworks festival” will be held near Lake Ashi at Moto-hakone. On the 3rd, a procession of 200 people wearing traditional costumes of people like warriors or shrine maidens will go around Hakone, and a Setsubun ceremony where the legends of Hakone will be acted out in a play at Hakone Shrine.

The average lowest temperature is 6.3°C, the average highest 13.0°C. It is still winter in Hakone in March, so please don’t forget your coat or jacket.
We recommend visiting Sengokuhara in March. In mid-March, you can catch the burning of the Miscanthus fields, which is said to mark the start of spring in Hakone. On the 27th, the traditional Sengokuhara Yudate lion dance will take place at Suwa Shrine in Sengokuhara. It is said that you won’t fall ill for a year when the heads of the lions are exorcised and sprinkled with water soaked with bamboo leaves.

The average lowest temperature is 10.5°C, the average highest 17.8°C. It starts to get warmer as we enter April, but mornings and nights tend to be cold so do prepare an appropriate jacket or cardigan.
April is the season for Hanami (flower viewing)! There are many popular places for flower viewing such as along the Hayakawa at Miyagino, Onshi Hakone Park, Horai Park, Hakone Gora Park etc. Also, there is a spring festival at Ohiradai on the 16th and 17th, where you can catch floats and portable shrines moving through the town.

Hakone travel in May

The average lowest temperature is 15.9°C, the average highest 23.0°C. It is starting to get quite warm now. The weather should be good on most days, but the weather around mountainous areas tends to fluctuate, so do prepare your rainwear and warm clothes as well.
May is the month of hiking. There are many choices of routes, like climbing Komagatake or Kamiyama to catch the breathtaking view of Mt Fuji, or hiking around the impactful volcanic vents of Owakudani. The Rhododendrons are the highlight of the hotel at the mountain of Kowakidani. Furthermore, on Children’s Day (5th May), the Kintoki Festival will be held at Kintoki Shrine, which is related to the folk legend Kintaro, and events like Sumo tournaments for children will be held.

The average lowest temperature is 19.9°C, the average highest 25.3°C. You’ll start to feel that it’s hot in the day around this time. The monsoon season begins in the later half of June, so an umbrella is necessary.
We recommend taking the Hydrangea Train of the Hakone Tozan Railway in June. It’s a limited night-service train only operating from the end of June to the start of July, and you can bask in the mystical atmosphere of the illuminated Hydrangeas along the railway tracks. It’s pretty charming to ride on the train to sober yourself up after a long soak in the hot springs.

The average lowest temperature is 23.1°C, the average highest 28.8°C. We welcome summer as the monsoon season lets up in the later half of July! There are days where the temperature may exceed 30°C so do be careful not to get heat stroke.
We recommend boarding the cooling sightseeing ship across Lake Ashi on hot days. There’s also a festival held at Kuzuryu Shrine at Moto-hakone every year, so how about taking a look while enjoying the cool breeze? There will be a Lake Festival near Lake Ashi at Moto-hakone on the night of the 31st, where extravagant fireworks will be set off.

The average lowest temperature is 24.1°C, the average highest 29.6°C. The days where temperatures exceed 30°C continue. It’ll be convenient to have dri-fit shirts on hot and humid days.
August is the month of festivals! As such, how about going out in your yukata after a trip to the hot springs? The “Lake Ashi Summer Festival Week” is held on the first week of August, where many traditional ceremonies will be held at Hakone Shrine, and street vendors will line the pavements. Also, there will be fireworks festivals at night at Lake Ashi, and a total of 12,500 fireworks will be set off. During the Obon Festival (10th~15th), Bon-odori festivals will be organised at many places such as Ohiradai and Sengokuhara. Be sure to catch them, especially Gora’s “Hakone Gora Summer Festival Bonfire-Fireworks Festival”.

The average lowest temperature is 19.5°C, the average highest 25.0°C. Mornings and nights start to become cooling again. It may be best to prepare a long-sleeved shirt.
After the hot summer, the perfect season for hiking arrives once again. We recommend Hakone’s Kyukaido. You can feel the history of Hakone as you take a walk through the stone-cobbled streets and rest-stops that were designed to look like the Edo era. Also, there is a festival held annually at Miyanoshita’s Kumano Shrine in early-September. Kumano Shrine is home to the God of hot springs, so praying for good health before going to the baths may increase its effectiveness!

The average lowest temperature is 15.6°C, the average highest 22.7°C. As we enter October, it starts to become cooling even in the day, and will gradually become cold. We recommend bringing a thin jacket.
It may be good to engage in outdoor activities during the day at slowly relax at the hot springs at night. During the second half of October, we can catch the Miscanthus fields at Sengokuhara. The sight of the sunset dyeing the field of flowers a fairytale-like gold is one you cannot miss.

The average lowest temperature is 11.2°C, the average highest 17.3°C. It’s much colder now, so do avoid catching a chill after warming up from the baths.
Autumn in Hakone is the time for autumn leaves! Let’s check out the autumn leaves on the sightseeing ship on Lake Ashi, or from the Ropeway, or when on hiking routes. Don’t miss the “Hakone Daimyo Procession” on the 3rd either. You’ll feel like you time slipped back to olden-Japan as you watch the 170 people-long procession dressed in costumes of Daimyos from the Edo era (17th~19th century).

The average lowest temperature is 4.4°C, the average highest 11.4°C. Winter in Hakone is cold! Don’t forget your coat, scarf and gloves. You can find functional and stylish winter wear in Japan, so perhaps you could try getting some of your things here!
On a day with good weather, you can catch the majestic reflection of Mt Fuji on the surface of Lake Ashi if you go early in the morning when the air is clear from the cold. Also, you can enjoy the Christmas illuminations at many places like the Glass Forest Art Museum, Gora Park and The Little Prince Museum.

It is said that Japan has “four seasons”, but in actual fact, there’s much more than that. You can see different sights in different seasons, as well as experience different traditions and events. In addition to the hot springs you can enjoy all year round, do take part in the events and bask in the nature suitable for the season you visit in!

Are you interested in nature or science? Museums and botanical gardens you can visit in Hakone

As an area based around a volcano,… 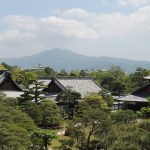 Must-see for history lovers! Explore the historical resources and facilities around Hakone